BEYOND THE ANNEXATION OF PALESTINE 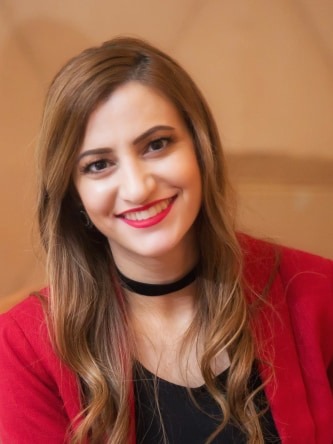 The formation of the new Israeli Coalition government a couple of months ago, gave the Israeli Prime Minister Benjamin Netanyahu the green light to proceed with annexing occupied Palestinian land in the West Bank including the illegal Israeli settlements and the Jordan Valley in a bleak violation of international law, a step that is planned to be implemented as soon as July 2020. Although the accurate percentage of the land to be annexed is not clear yet, however, the Jordan Valley and the illegal Israeli settlements comprise 30% and 60% of the West Bank respectively, without East Jerusalem.

The Annexation was not a surprise, at least for us as Palestinians. On the contrary, we saw it coming. I can almost imply that even those who signed the Oslo Accords back in the nineties, saw at least a minor glimpse of this coming in the far future. Personally, and being part of the “Oslo Generation” myself, I have come to understand my geopolitical context after the Oslo Accords and as soon as I comprehended that the Oslo Accords assign about 61% of the West Bank as Area C that is under full Israeli military and civil control, I saw it coming. The facts on the ground were an obvious indication. Through the years, we have witnessed how Israel has put many mechanisms in place to prevent Palestinians from living. Homes are being destroyed, and areas are being declared off-limits to Palestinians in addition to the confiscation of Palestinian lands. On the other hand, illegal Israeli settlements are built and expanded on occupied Palestinian Land.

We saw it coming, sooner or later.

However, the dilemma today does not lie in the Annexation per se, but in the impunity of Israel and the underlying tolerance with an Apartheid State in the 21st century. The impunity Israel has, and thus the absence of any deterrent action from the International Community has encouraged Israel to continue with their frequent violations of International Law and Human Rights. And today Israel is proudly violating the International Law as the International community watches and even supports this step (the US and partly the UK). Back in 2014, when Russia occupied and annexed the Crimea, the US, the UN, and the international community condemned this step and imposed sanctions. Will those now impose sanctions on Israel for taking this similar step? Hint: No.

Furthermore, this annexation will solidify the apartheid regime in historical Palestine. As Israel stated clearly that the indigenous Palestinian inhabitants of the annexed lands (65,000) will not be granted any Israeli official documents; and thus will be officially marginalized by the state of Israel, with no rights, possibly no access to any kind of services and t hus no respect for their humanity or dignity. So, today in 2020 we are witnessing a state that classifies its citizens based on their religion, race and ethnicity; a blatant apartheid state. The International Community objects and condemns, however, will we witness any action that would revoke Israel’s impunity and reject tolerating such an apartheid state?

Today, we Palestinian’s are witnessing the plundering of our land, the looting of our water, culture, language, traditional food and our identity. We are witnessing our lands shrinking every day, our rights being liquidated every day, and we continue living in open air prisons every day. We demand action, we demand Israel to be held accountable for its frequent violations of the international law. To preserve our dignity, our basic human rights and our presence in our own lands, Israel must be held accountable.

We demand justice, and thus peace.